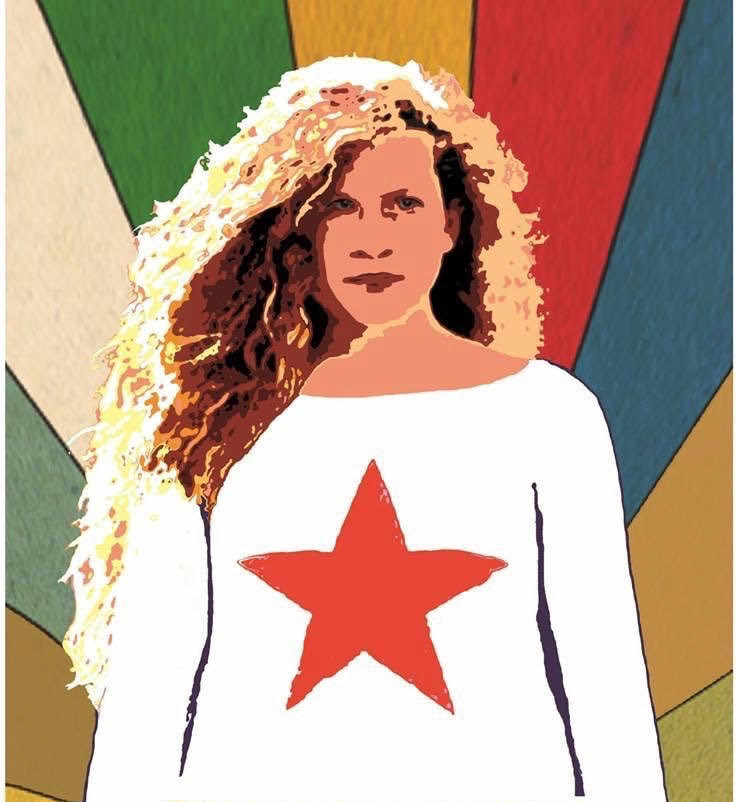 On December 15th, 2017, 15-year-old Mohammad Tamimi was shot in the face by an Israeli soldier while participating in an unarmed protest of Trump's Jerusalem declaration. Just minutes later, his 16-year-old cousin Ahed rose up to protect her family’s home after two armed soldiers invaded her yard. For over 50 years, the Israeli army has stationed itself on Palestinian land in order to enforce its violent military occupation of the West Bank. Ahed stood her ground and asked the soldiers to leave. When they refused and tried to use her property as a base from which to shoot at protesters, she slapped one of them.

Ahed was arrested a few days later in the middle of the night. Her cousin Noor and her mother Nariman were also arrested. All three have been indicted by Israel's military court, which has a 99.7% conviction rate and lacks basic fair trial protections. Ahed has been denied bail and her trial will begin February 13th. Both Amnesty International and Human Rights Watch have called for her release.

In the US, we know all too well what it's like to be oppressed simply because you exist, because you refuse to give up your fight for freedom. Last year, a Dream Defenders delegation of artists traveled to Palestine to bear witness to life under Israel military occupation and met the Tamimi family in their village of Nabi Saleh. Songs and stories of struggle were shared, from the US to Palestine. The Tamimis spoke about their daily lives — the Israeli army patrolling and shooting into their streets as their children play, Israeli settlers stealing their water. The delegation learned that every year hundreds of Palestinian kids across the West Bank are arrested and detained by Israeli soldiers and police who kick, punch, and beat them. Torture is routinely used to get signed confessions from children, mainly on charges of stone throwing.

While our struggles may be unique, the parallels cannot be ignored. US police, ICE, border patrol and FBI train with Israeli soldiers, police, and border agents, utilizing similar repressive profiling tactics to target and harass our communities. Too many of our children quickly learn that they may be imprisoned or killed simply for who they are. From Trayvon Martin to Mohammed Abu Khdeir and Khalif Browder to Ahed Tamimi - racism, state violence and mass incarceration have robbed our people of their childhoods and their futures.

We the undersigned call on all US representatives to sign this bill and protect the lives and childhoods of Palestinian children.

The Tamimi family stands up to Israel's brutality because they believe Palestinians, like ALL  people, should be free. Dream Defenders stands with them and all Palestinians in their righteous struggle. Now, and always, we commit to building a more just and loving world for us all.